However, always being the youngest and smallest made me crave a more efficient means of defending myself.

When I was about 13, I was finally admitted into the Lee Tzun Gin class. Again, I was formally too young to be in the adult class, but Sijo Taylor acknowledged my skill, earnestness, and my desire to deepen my study in the martial arts. Being admitted into the Lee Tzun Gin class was a true gift. Few people in the country were doing what Sijo Gregg Taylor was doing at that time—blending disparate martial arts together to create a new martial method without the downfalls inherent in the originating styles. Those that were doing similar experimentations were mainly on the east or west coast.

From Sifu Felty I learned Green Dragon Kung Fu and became a certified weapons instructor in Modern Defense Systems. In retrospect, it seems Sifu Felty and Sijo Taylor were on comparable martial journeys. Similar to a translator having the benefit of multiple translations of a text, I believe that being able to study with both masters at the same time greatly accelerated my skill and understanding. However, the main thing I learned was to evaluate the concepts underlying the martial arts. All martial arts are fundamentally the same, as physiology ultimately dictates available techniques and lines.  In the end it is the details that make the "art". And I am very fortunate to have gotten the details from these two masters.

After much long and arduous research, I began to realize that styles like taijiquan, hsing-yi, and baguazhang were the most conceptually sophisticated. Though these arts are called “soft,” my previous training allowed me the insight to ascertain that the martial applications were devastating, bearing close resemblance to the formidable art of Silat which I have also studied.

As luck would have it, in 1995, I found a very charismatic and talented taijiquan teacher named Sifu Dennis Bussell.
Nevertheless, I have endeavored to pass on his legacy to the best of my ability. In order to help me do that, I continue to teach the soft style components of Lee Tzun Gin and I have created tingtaiji.com, which hopefully will become a resource for all who are interested in bettering themselves with this timeless art and Sifu Bussell’s teachings. 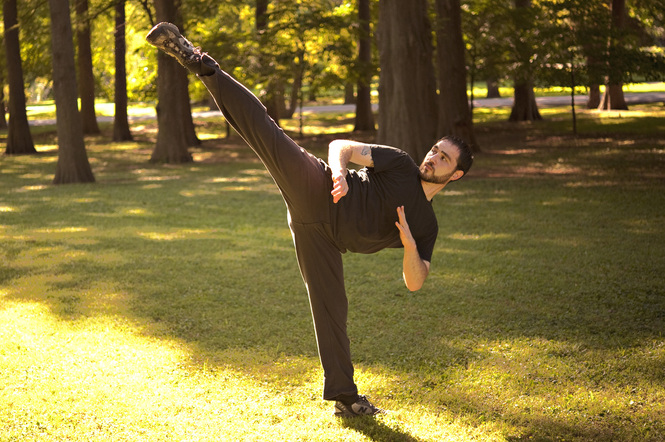